Connecticut is rich with different world cultures. Although the state has one of the largest Italian-American populations per capita in the United States, you’ll also find Puerto Rican, Portuguese, Jamaican, Indian, Polish and Chinese communities here. And if you’re looking for ways to experience international culture and cuisine, here are some suggestions on local communities, celebrations and restaurants that serve up the best in taste and tradition.

Be sure to check each location's safety guidelines before venturing out and be on the lookout for each festival's 2022 dates.

Towns across the state of Connecticut, including Stamford, Norwich and Danbury, have large Asian populations that include residents from China, Japan, South Korea, Vietnam and Thailand. The Sakura Matsuri Cherry Blossom Festival held in New Canaan each April is just one celebration of Japanese culture, and New Haven’s Lunarfest in February marks the Lunar New Year in Chinese culture. Of course, every August, Hartford hosts the Riverfront Dragon Boat & Asian Festival, a free family-friendly event offering a unique celebration of Asian culture highlighted by the exciting sport of dragon boat racing.

Find great Asian flavors and dishes year round at these and other Connecticut restaurants:

Connecticut’s Indian community promotes heritage and culture through festivals and celebrations throughout the year. You will find large tightly knit communities in Greenwich and Hamden, among other towns. One of the biggest outdoor festivals of the year, the Chariot Festival in Bushnell Park, is a day filled with fun and food, dance and magic including the Chariot Parade at noon.

Find great Indian food year round at these and other Connecticut restaurants: 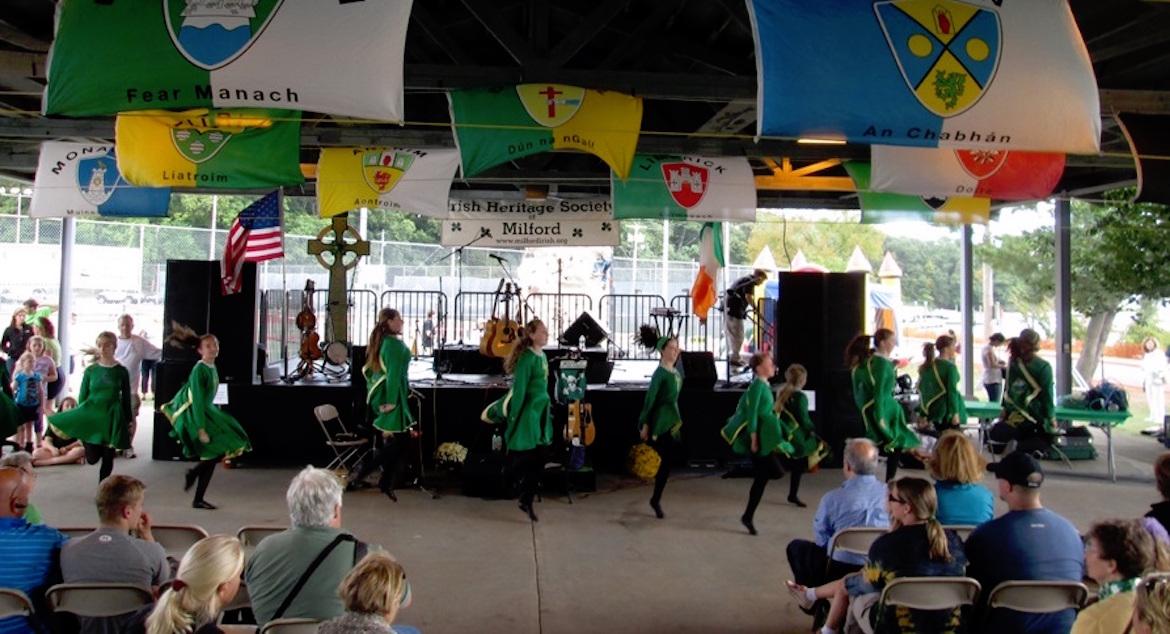 Nearly one in five Connecticut residents has an Irish ancestor, due in part to the many Irish who emigrated here through the port of Boston and New York in the 19thcentury. Today, there are celebrations and festivals around the state, especially in March, when you’ll find many St. Patrick’s Day parades and events. In June, check out the annual Connecticut Irish Festival at the North Haven Fairgrounds, or plan to attend the two-day Milford Irish Festival, held every September!

Find great Irish food year round at these traditional Irish pubs around Connecticut.

New Haven’s “Little Italy” neighborhood, the area near Wooster Street, has become world-famous for names like Frank Pepe’s, Sallys Apizza and Modern APizza to name just a few. But you can find great Italian cuisine throughout the state, as well as annual celebrations of Italian tradition and pride. The four-night St. Andrew’s Italian Festa lights up the Wooster Square Neighborhood in June with a parade, procession and traditional Italian foods of every kind. And don’t miss Southington’s Italian-American Festival, held in July to celebrate Italian heritage and culture with food tents, live entertainment, contests, children’s events and more.

Here are just a few more of the many great Italian restaurants in Connecticut: 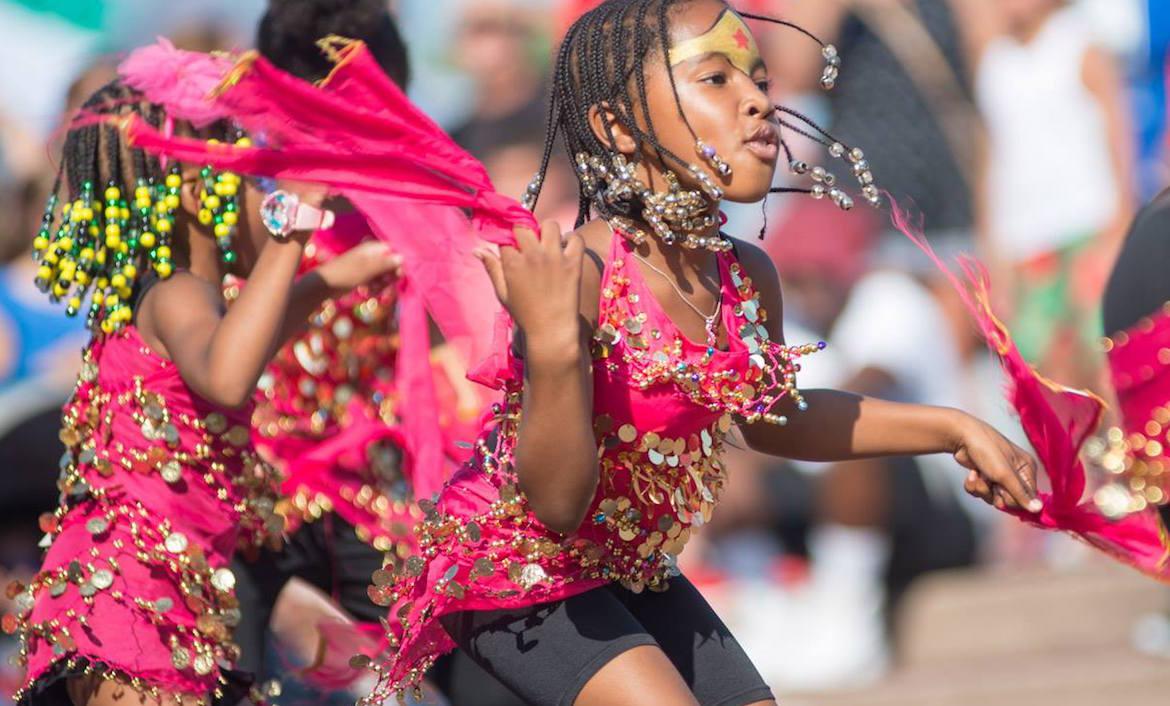 Communities throughout Connecticut celebrate the flavors and traditions of the Caribbean every day, and during several prominent annual festivals. The Taste of Caribbean and Jerk Festival, returning to Hartford in August, brings authentic Caribbean cuisine, cool island beverages, spectacular costumes and dance, and island rhythms to Mortensen Riverfront Plaza. While in July, the Westside Reggae Fest is typically held at Danbury’s Ives Concert Park, with incredible live performances, food, activities for the kids and more.

One of the best known and most popular Jamaican restaurants in Connecticut is Dunn’s River in Hartford. Find more great restaurants serving Jamaican and Caribbean specialties, here.

There are places to experience Cuban, Dominican, Puerto Rican, Mexican and Spanish culture in communities across Connecticut. Hartford Latino Fest is held every June at The Church of The Good Shepherd in Downtown Hartford. This multi-cultural celebration is filled with music, food, dance, performances and much more for the whole family. And in September, plan to attend Stratford’s Latin Music Festival, sponsored by the Hispanic Heritage of Stratford Society, this annual event features music, food and dance performances.

Here are few of the many restaurants to sample and savor Latin American cuisine in Connecticut: 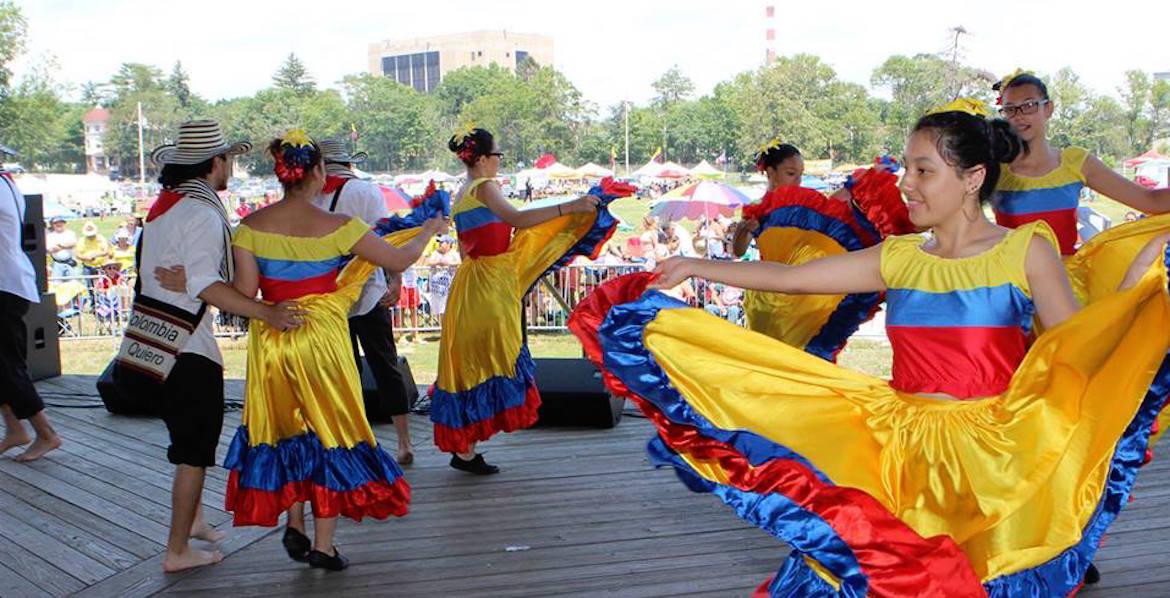 You can also experience authentic Spanish traditions and recipes from South American cultures including Peru, Brazil and Colombia at family-run restaurants around Connecticut. And don’t miss Bridgeport’s Colombian Festival which typically comes to Seaside Park in July!

With the largest Polish population in Connecticut, New Britain’s “Little Poland” neighborhood is home to Polish businesses, including traditional restaurants. Look out for the annual Little Poland Festival in June, with leaping folk dancers, live music, arts and crafts, unique shopping, amazing food, costumed characters, carnival rides and activities for the young and young at heart.

And here are other restaurants featuring Polish, German, Dutch and other European specialties:

Many Cultures in One

Looking to visit multiple countries at once? Connecticut hosts two premier annual events that celebrate the many different cultures traditions that make their home in the state.

And be sure to visit Tangiers International Marketplace in West Hartford for one of the region’s largest showcases of specialty foods from Middle East and Mediterranean traditions.