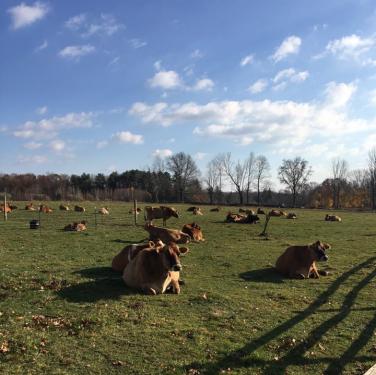 Bolton is known as "The Town for All Seasons," highlighting its profound natural beauty and opportunities for outdoor activity, all year long.

Bolton was founded in 1720, is a small rural town located a convenient 20 minutes away from both Hartford and the University of Connecticut. It is primarily residential, with a population if approximately 4,900 individuals and an economy primarily made up of small businesses. It's the desination of many day trips for outdoor and nature-oriented activities. With the tagline "A Town for All Season," the community is defined by its natural beauty and welcoming residents - we invite you to join us for a weekend or a while!

History
Originally part of the town of Hartford, the area was referred to as Hartford Mountains or Hanover, until incorporation in October 1720. The northern half of Bolton was set aside in 1808 to form the town of Vernon. Quarries played a significant role in the area's developing economy, and Bolton Notch became the location of the small community of Quarryville. Prior to the railroad, granite was taken by oxcart to the Connecticut River where it was then shipped to major cities on the East Coast.

The Town is the proud owner and maintainer of three major parks: Herrick Park, Indian Notch Park, and Freja Park. You can learn more about these sites on the town's website.

Notable citizens (past and present):

Quality of the town/city: