Our CT Ambassador Deb Cohen of The Front Door Project recently took a trip through converted mills in Connecticut for pints, bites, and historical delights. Follow along on her culinary adventure.

Connecticut has a deep and rich industrial history, but many residents have little concept of just how many types of items were once produced here. Remnants of the past can be found in pockets throughout the state, with a telltale sign being one or more colossal brick buildings, often located alongside a river once used to power machinery, or train tracks used to transport materials or completed goods.

I have a fascination with these old industrial complexes and the immediately surrounding area where mill owners, managers, and laborers once lived. If you come across a section of any of our 169 towns with the suffix “-ville”, meaning town or village, there is an excellent chance it was once home to a thriving mill. Collinsville, Rockville, and Tariffville immediately come to mind, but there are many others.

While some of Connecticut’s mills have been demolished, and others sit abandoned, many have been repurposed for modern-day uses such as apartment complexes, gyms, restaurants, antique shops, art galleries, museums, and more. I recently set out with my husband to explore a selection of mills that currently house craft breweries, some of which are on the Connecticut Beer Trail. While we definitely enjoyed the beers we tried along the way, each experience was made even better by the historic surroundings and the environment that each brewery strives to create for its patrons.

Our very scientific methods led us first to Powder Hollow Brewery in Hazardville, a section of Enfield, chosen solely because my husband thought the name was cool. Powder Hollow sits in a small, unassuming brick building, one of a series of ten buildings that were the site of Gordon Brothers Manufacturing Company. Gordon Brothers was started after the Civil War on Main Street in Enfield, and in its infancy manufactured Shaker-style bonnets. They also ran a tin shop and rag recycling business, and after constructing the mill complex they began a long history of wool processing.

Upon our arrival we realized that Powder Hollow shares the building space with R Dee Winery, which is a great option for those who prefer wine over beer. Each side of the space was warm and welcoming, and visitors can order either beer or wine and sit in either section of the space. We chose the brewery side for its more casual vibe. Surrounding tables were full of people playing games, socializing with friends, or watching football on the big screen television. We were treated to a fantastic guitarist and vocalist, and we learned that the brewery hosts musicians frequently. Powder Hollow is named for Hazardville’s larger history, which was the production of gunpowder. Over 40% of the gunpowder used in the Civil War came from Hazardville, and the brewery has touches throughout, including its logo, that nod to this.

Looking for someplace new close to home led us to Five Churches Brewing one Friday night, located in downtown New Britain. Street parking was easy, but there was a convenient parking lot next door as well. The plain brick facade of the old coat factory building is accented by double church doors, installed to tie in with the brewery’s name inspired by the view of five downtown church steeples as seen from the second-floor taproom windows.

The spacious taproom was completed after removal of old sewing machines and extensive renovations to allow the structure to support heavy brewing equipment. The wide-open space has an industrial vibe, as well as a full calendar of events, from trivia to live bands, ensuring that something is always going on. To go along with my husband’s beer of choice, Pew Pew (as in church pew), and my Weerder (a gluten-friendly option infused with fruit puree), we ordered wood-fired pizzas baked on site in the built-in pizza oven. Crisp crust and delicious toppings hit the spot at very reasonable prices, ensuring we will be back again soon. Patrons can also enjoy giant pretzels with a variety of sauces, and wine is available for non-beer drinkers.

Next on the list was Kinsmen in the historic Milldale section of Southington, highly recommended by friends of ours who live close by. If not for the giant Kinsmen sign in the slightly worse-for-wear parking lot, I might have thought that the mill was still abandoned. Portions of the building remain empty, with missing panes of glass, but as we approached we saw the entrance to the brewery. Given its external appearance, we were more than surprised at the stunning interior.

Formerly known as the Clark Brothers Bolt Company, which was founded in 1854 by brothers William, Henry, and Charles Clark, Kinsmen sits right next to the Farmington Canal Heritage Trail, providing easy access for walkers and cyclists to stop and enjoy a beverage or meal in the outdoor space, replete with plenty of seating, and cornhole and other games.

The Kinsmen portion of the building was renovated with lumber, pipes, and other materials from the original factory, creating an incredible space perfect for couples, large groups, parties, and even children, depending on the time of day. We were also delighted to walk in and see some furry friends! The vaulted ceilings, stunning industrial chandeliers, and other details make for a perfect wedding or event venue as well.

Imagine our delight when we found that the old Remington Rand building in Middletown houses not one, but two breweries. We were planning to visit Stubborn Beauty (intrigued by the name, once again), and instead were treated to tastes there and at Forest City Brewing just a few steps away. Where both Five Churches and Kinsmen were both very large spaces, these two breweries have a much more intimate feel, with seating for perhaps 20-25 people each. The crowd was “come as you are” comfortable in jeans, flannels, and of course football jerseys on a Sunday afternoon.

Before the building was occupied by Remington Rand, one of the largest typewriter manufacturers employing 1,200 in its heyday, it was built for and occupied by the Keating Wheel and Automobile Company. Originally producing only bicycles, the company moved into manufacturing motorized horseless carriages. Another horseless carriage (aka car) manufacturer purchased them and continued production until 1907. After it went out of business, the building sat vacant until 1927, when Remington moved in and began what would become decades of production lasting through the 1970s. Middletown owns the building today and has used it to incubate small businesses. In addition to the breweries, the building houses a gym, a cider house, a T-shirt maker, and more.

Last but certainly not least, we visited the Parrot Delaney Tavern in New Hartford. Though not a brewery, the tavern serves a rotation of mostly local Connecticut beers as well as offerings from other parts of New England. Of course it has a full menu as well as a wide selection of wine and cocktails.

Originally occupied by Greenwoods Co., a manufacturer of duck cotton sails, the massive factory complex is sited close to the Farmington River as well as a rail spur that once connected to the New Haven and Northampton lines. The factory changed hands many times over the years, and often occupied multiple companies simultaneously, perhaps the most notable being Ovation Guitars.

Iconic artists such as Bob Seger, Glen Campbell, and the Wilson sisters from Heart visited Ovation to try out their new guitars, and today the Tavern has a large event space where it hosts musical performances frequently. The walls are lined with Ovation Guitars, as a tribute to the building’s history. A small area of the factory is still used to produce guitars today.

Although Parrot Delaney was our last stop for purposes of this article, it is far from our last as we continue to explore and visit the many businesses that occupy Connecticut’s historic mill buildings today. It is heartwarming to see these old industrial spaces being used in new ways, sometimes even to manufacture new products. If you are interested in learning more about our mill history, as well as locating the mills used for various purposes around the state, visit ConnecticutMills.org. 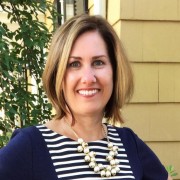 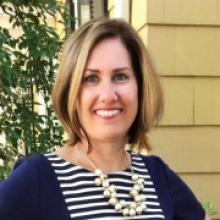 Deb Cohen is a lifelong Connecticut resident with a passion for architecture, history, and local travel. She also believes that a good front door adds instant curb appeal and is a focal point of a home, and through her photography provides inspiration for others to create the curb appeal of their dreams. When she isn't busy traveling, taking pictures, or writing, she keeps busy with family, friends, and her two beautiful golden retriever rescue dogs. To see more of Deb's work, visit www.thefrontdoorproject.com or find her on Instagram @thefrontdoorproject.