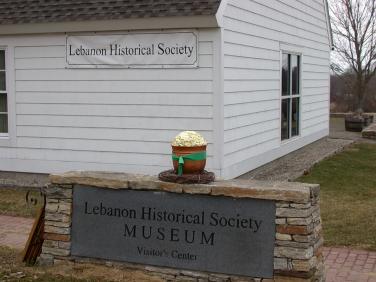 Home of a typical late 18th century farming family and childhood home of Dr. William Beaumont (1785-1853), the “Father of Gastro-Physiology.”

Samuel and Lucretia Beaumont raised eight children in this simple 1-1/2 story farmhouse.  Originally located in the northern part of Lebanon, the house was moved to the Green in the mid-1970s by the Beaumont Medical Club.  Named for pioneering physician Dr. William Beaumont, the Medical Club furnished the house with 19th century artifacts and a collection of early medical equipment.  The house and its furnishings was located on D.A.R. property and donated to the Lebanon Historical Society.  In 2014, the Historical Society moved the house to the east side of the Green.