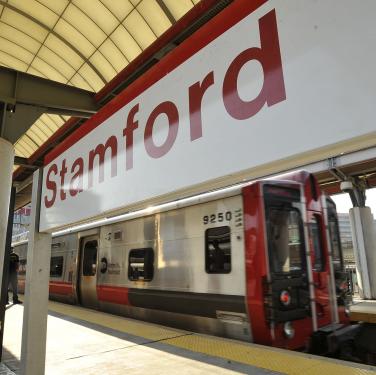 Stamford is the second-largest city in Connecticut with a population of over 130,000 and is the fastest-growing city in the state with a rapidly growing millennial population. The FBI also ranks Stamford as the safest city in New England and the 11th safest city in the United States, while WalletHub ranked Stamford the 8th Most... Read More

In a city as spirited, lively, and diverse as Stamford, there is always something to do. Whether you’re walking the 19 miles of shoreline, drinking and dining at the bars Downtown, or hiking the scenic trails of North Stamford, you’ll quickly find that there is never a dull moment in this city.

There are more than 150 restaurants throughout the city, six major hotels, and 18 movie screens. Stamford has over 40 parks and recreational areas, many include access to Long Island Sound. They may feature a marina, tennis courts, softball fields, horseshoe pits, playgrounds, skating rink, picnic areas, fishing, and more. Mill River Park has become a mini Central Park in the heart of Downtown Stamford with various events throughout the year in a beautifully landscaped park. Science and nature lovers can enjoy the Stamford Museum & Nature Center and the Bartlett Arboretum.

One of the most anticipated events of the year, Alive@Five is an outdoor summer concert series in Stamford’s Columbus Park that brings in big names each year, such as Cee Lo Green, Plain White T's, Third Eye Blind, Sugar Ray, and much more. Alive@Five runs an impressive six Thursday concerts in a row, ensuring that there's always time to see a few after work.

Stamford’s Thanksgiving Day Parade is one of the largest helium balloon parades in the country, drawing over 100,000 spectators annually. It features award-winning marching bands, eye-catching floats, large colorful balloons, and guest appearances. It's great fun for the whole family!

Notable Citizens (past and present):