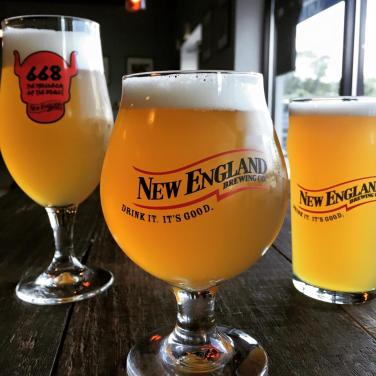 New England Brewing Company is a small craft brewery located in Woodbridge, bordering New Haven. It is proud to be brewing carefully crafted beers for local consumption and is one of the pioneers in putting quality craft beer in cans. It offers an ever-growing line up of beers that offer both traditional ales and lagers as well more unique takes on existing styles. Owner/Brewer Rob Leonard and Head Brewer/Partner Matt Westfall bring passion for flavor and quality into the brewery in order to produce craft beers that they hope will be among the first choice of craft beer enthusiasts and newcomers alike. New England Brewing Company was listed as one of the top 20 breweries in the country by BeerAdvocate.com in both 2009 and 2010. Drink it. It's good.