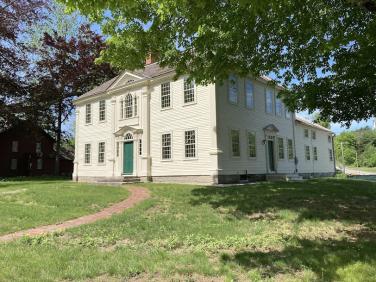 The site of the Canterbury Female Boarding School (1833-1834), the Prudence Crandall Museum places the school in its historic context from Abolition to Civil Rights, confronts the continued struggle for equitable schooling, and through dialogue and activity encourages its audience to dismantle educational injustice.

In 1832, Crandall, the white principal of the Canterbury Female Boarding School, was approached by a 20-year-old Black woman named Sarah Harris asking to attend the school. Encouraged by conversations with both Harris and Maria Davis, a young Black woman who shared copies of the Abolitionist newpaper The Liberator with her, Crandall agreed to admit Harris. When residents opposed the school's intergration and parents threatened to withdraw their daughters, Crandall closed her school and reopened in 1833 for non-white students. The students traveled from several states to attend the school. Connecticut responded by passing the "Black Law," which prevented out-of-state Black and Brown people from attending school in Connecticut towns without local town approval. Crandall was arrested, spent one night in jail, and faced three court trials before the case was dismissed on a technicality.

In September, 1834 a late-night mob attack closed the school. These events made national and international news in the 1830s and galavanized the Abolitionist movement. Many of the students, including Juila Williams, Mary Miles, and Mary Harris went on to become educators, reformers, and leaders in their communities. Crandall v. Connecticut impacted two U.S. Supreme Court cases and laid the framework for the 14th Amendment to the U.S. Constitution.

The Prudence Crandall Museum, site of the Canterbury Female Boarding School, is a member of the International Coalition of Sites of Conscience. The Museum is a National Historic Landmark and Archaeological Preserve.

**The Prudence Crandall Museum is open by timed guided tours. Please be advised that only the first floor of the Museum is available to view and is currently empty of exhibits.**