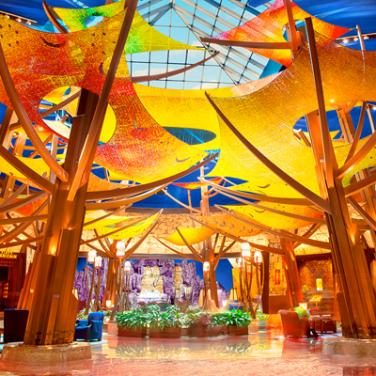 Mohegan Sun, owned by Mohegan Gaming & Entertainment, is one of the largest, most spectacular entertainment, gaming, dining and shopping destinations in the United States. Situated on 185 acres along the Thames River in scenic southeastern Connecticut, Mohegan Sun is home to two unique casinos, two luxury hotel towers totaling 1,600 rooms, a world-class spa, the 125,000 square-foot Earth Expo Center, a championship golf course, more than 80 shops, restaurants and bars as well as three award-winning entertainment venues, including the 10,000-seat Mohegan Sun Arena, which is ranked consistently among the top venues in the world according to Billboard Magazine, Pollstar and Venues Now.