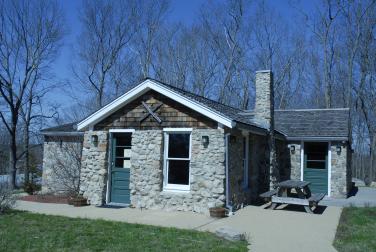 The oldest Indian owned and operated museum in America, founded by members of the Tantaquidgeon family in 1931.

"From the beginning, Tantaquidgeon Museum was to be the place where we keep Mohegan treasures"  -- Gladys Iola Tantaquidgeon (1899-2005), Mohegan Medicine Woman

The oldest Indian owned and operated museum in America, established by Gladys Tantaquidgeon along with her brother, Harold and father John, opened its doors to the public in 1931. Since that time it has hosted visitors from all over the world, and takes special pride and pleasure as a place for school groups to learn about Mohegan history and culture.  The original intent was to make the non-Native community around Mohegan familiar with its people and practices, because as Chief Harold Tantaquidgeon once said "it's hard to hate somebody you know a lot about."

Through a collection of objects, artifacts, photographs, and stories, the Museum tells of the life of the Eastern Woodlands tribe established on the banks of the Thames River by Chief Uncas in the early 1600s. The collection ranges from the pre-historic to the contemporary and includes items that came back to Mohegan territory after the travels of Mohegan men and women around the world. An authentic re-creation of the Tribe's outdoor dwellings invites visitors to imagine the Indians as they might have lived their daily lives centuries ago.

Across from the Museum, visitors will find the Cultural Preservation Center with a space devoted to temporary exhibits on Native themes.

The Museum is open to school groups by appointment.