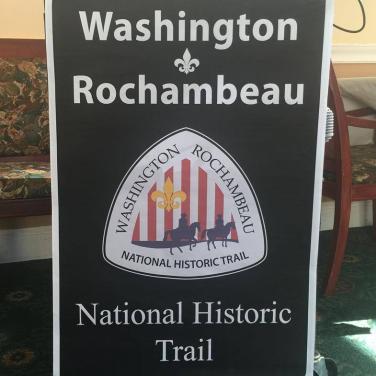 Connecticut's first National Historic Trail that covers 120 miles throughout the state featuring the route traveled by French troops in 1781 and 1782.

In the summer of 1781, George Washington's troops and their French allies led by the conte de Rochambeau embarked on a epic 600-miles journey through nine states, from Rhode Island to Virginia, in a daring bid to gather French and American forces around Chesapeake Bay and capture the British army under Charles Cornwallis at Yorktown. Connecticut, which made up one-fifth of the route - more than any other state - played a critical role in the success of the march. "The Provision State" supplied both armies, and much of the planning for the projected summer campaigns took place here, where Washington and Rochambeau first stood face to face. Experience the countryside that has remained intact since the Revolution. Dozens of historic properties and cultural attractions await you along the route. Twelve interpretive markers guide you with maps, photographs and artwork bring to life significant points across the heart of Connecticut and tell the story of a journey that helped ensure American independence.