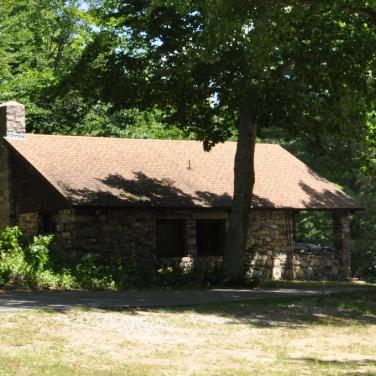 Paugnut State Forest’s 1,702 acres spread out over four locations in north-central Torrington and abut Burr Pond and Sunny Brook state parks. The main section of Paugnut totals more than 1,200 acres and is home to the 2.1 mile John Muir Trail which connects the two parks via the forest.

Paugnut State Forest is part of a 2,410 acre, contiguous park and forest complex that includes Burr Pond State Park and Sunny Brook State Park. The complex is primarily in north-central Torrington but reaches north into Winchester as well. Paugnut’s woodlands are made up of mixed hardwoods with white pine and hemlock found on drier and rocky areas. In the mid-1930s and early 1940s, Paugnut was part of the actively forested landscape during the years of the CCC (Civilian Conservation Corps) camps in Connecticut. In 1934 the Connecticut Forestry Department commissioned artist Harry Leith-Ross to document the work of the CCCers in the state. At least two of his forest landscape paintings depict work done in Paugnut State Forest during those depression years.